Lone Pine, The Boutique Hotel by The Beach

Tucked away in an idyllic spot along Penang’s coastline, Lone Pine is Batu Ferringhi’s only luxury boutique hotel. Renewed and rejuvenated after a lovingly undertaken restoration, Penang’s favorite beachside boutique resort re-opened its doors refreshed in design and facilities, but still infused with the same colonial spirit and idyllic charm that has made it one of Penang’s legendary hotels.

The Lone Pine Hotel was one of the first hotels in Batu Ferringhi, which translates into ‘Foreigner’s Rock’. The history of the Lone Pine Hotel goes back to 1948 when a bungalow along Batu Ferringhi Beach was turned into a family-run hotel with just 10 rooms, all of which stand to date. The owner then, an Australian, Dr. Albert S. McKern mistook the solitary casuarina tree he saw there as a pine tree and dubbed the property ‘Lone Pine’. Till now, the lawn of the hotel is well shaded by tall casuarina trees. To know more about Dr. Albert McKern, please visit muntokpeacemuseum.org

Following a one-and-a-half-year refurbishment and expansion process, the Lone Pine reopened in 2010; offering 90 rooms with a recently erected building, adding 50 rooms to the inventory, featuring the deluxe rooms as the lead in category with the size of 45 sq. metres, making it the biggest standard room in Batu Ferringhi. A reception area, a restaurant, a bar, a boardroom-style meeting room, games room, a spa, a gym and the administrative office completes the picture.

Deluxe rooms provide breath-taking sea views offering the unique feature of a plunge bath located at its private balcony. Premier rooms, with the option of sea or garden views, offer the choice of either a tranquil patio or courtyard. Spacious suites within a picturesque tropical yet contemporary setting allow guests to soak in the sunshine and enjoy the breeze from the Andaman Sea.

Through a unique brand of hospitality and outstanding customer service since opening its doors, Lone Pine was awarded the coveted 5-star rating from the Ministry of Tourism in 2012, an accolade that is highly reflected in the fine detail and charming hospitality of the resort. Other accolades and international recognitions include: TripAdvisor’s Top 10 Boutique Resorts Under US$200 in 2011, winner of the Top 25 Trendiest Hotels in Malaysia 2012 from Expatriate Lifestyle Best of Malaysia Awards, Excellence Award for Best Hotel Bar 2011 & Best Boutique Stay 2012, TripAdvisor® Certificate of Excellence for the fifth consecutive year from 2011 till 2015, awarded as the “Chinese Preferred Hotel 2015” from Ctrip (China’s Biggest Online Travel Agent), received an Excellent Certificate from Hotels.com for its outstanding reviews, winner of the PAM Gold Award 2012 in the commercial category by the Malaysian Institute of Architects, and recognition in the Hotel Club Hotel Awards in Singapore and Malaysia under Top Hotel for the hawker food category.

Returning guests have fond memories of yesteryear and the hotel continues to maintain its charm with celebrants who have attended elegant soirees, wedding dinners, annual dinners and parties here. The Lone Pine continues to charm everyone who walks through its doors with its gracious past carefully nurtured to soothe the soul of any modern day traveler.

More info
Rooms & Suites Lone Pine has only 90 rooms, making it not just the first Boutique resort on Penang’s most famous beach, but... Discover
Special Offers Discover
Gallery View our gallery for a glimpse of all that Lone Pine has to offer. Discover
The Bungalow Al fresco dining by the beach, The Bungalow begins with a buffet breakfast spread and continues to serve throughout the... Discover 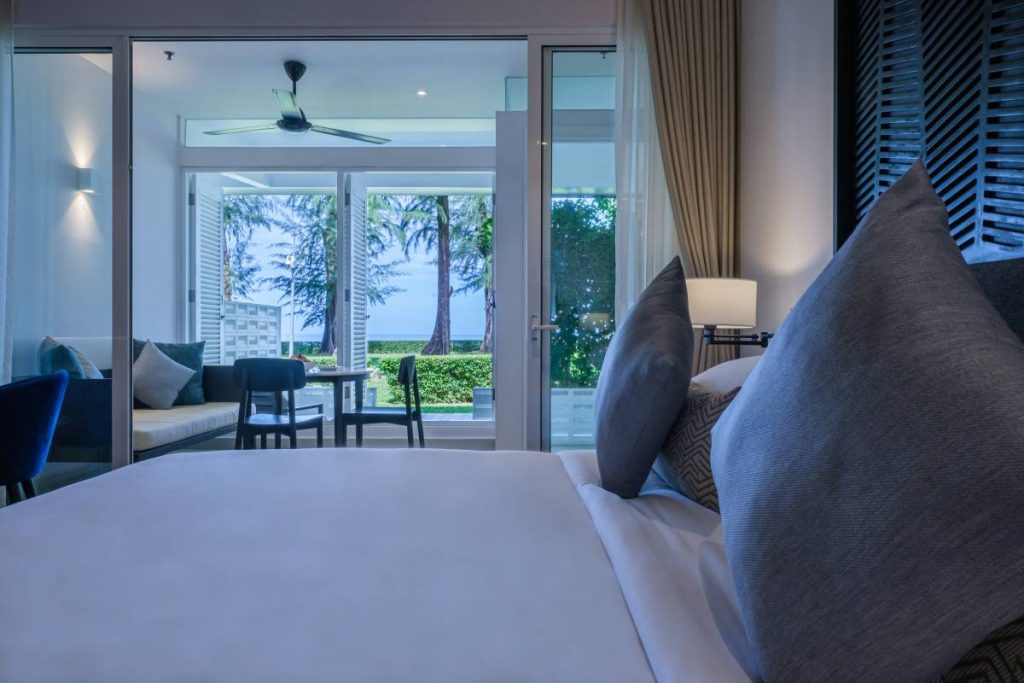 At Lone Pine Hotel, we offer a Best Rate Guarantee. Enjoy Best Available Rates daily when you book directly on our website.